This is week one of “My Young Adult Years,” guest hosted by Ginny Marie over at Lemon Drop Pie.  I'm really late in getting this out, and I missed my Monday deadline, but I hope next week will not so mentally and physically taxing.  Each Monday, I will be posting on my Young Adult Life.

Dreams:  I think we always had them - animals I mean, but they lead to dreams. Horses, rabbits, cats, dogs, cows, a snake, fish, sea monkeys (who has not had them?), birds -  was set out to learn what it would take to become a veterinarian, began researching colleges and programs. The further I researched, the more I realized that I would not be able to follow this dream - I struggled too much with math.  It was not as huge a disappointment as you might think.  I still love animals, but I really see now that it would not have been the right area for me.  Instead I began to search for purpose through different experiences with missions trips to Haiti and a summer spent in the inner-city (I'll have to write about that another time), God opened my heart to missions and working with kids. 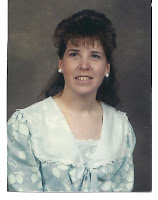 After graduating with my Assoc. of Arts, I attended one year at Ozark Christian College (sometimes referred fondly to as Ozark Bridal College, before the name change from Bible), but I wasn't there to get my MRS.  Instead I focused on Mission and Elementary Education classes and it was there that I started to figure out who I was.

Classes:  It was a shock being at OCC,  as each professor gave us a syllabus at the beginning of the semester, when each paper, project, assignment was due and I was overwhelmed.  I was far from home, it felt, and I was having second thoughts.  I even called my mom and asked her to let me come home, but she said no, stick it out. I think she practiced some tough love on me! What I found there were professors that cared, knew their students, and not only taught what we had to study, but they taught how to care with our hearts.  Most of my classes I loved: Acts with Mark Scott, Missions and Elementary Ed. with Harvey Bacus, Worship Class, Missionary Womanhood (lead by the missionary on Campus - Rhonda Hayward), but one the one I dreaded was 7 a.m. O.T. History with Wilbur Fields.  He was a much older professor, I think he came with the college, but a slide show of his archaeological digs was too much for me and the rest of the class.  As soon as the lights went out, the slides came on, the heads would go down.  I had a terrible time trying to memorize all the maps, people groups, time lines, and lineages.  It's a wonder I didn't get worse than a "C" in that class!

Dorm Life:  Montica, who I had been on 3 mission experiences with, was my roommate and we soon found a common friendship with the other girls on 2nd floor of "Dateless" Dennis Dorm.  Our room became the mecca of late night talks, fixing popcorn in our illegal microwave (yes, we were prohibited from TVs and microwaves in our rooms), study sessions, and even water fights in the hall. Sometimes, when it was close to curfew (9 on weekdays and 10 on weekends), Mont. & I would tell the dorm mom we were thinking of getting some TCBY yogurt and offered to bring back a treat for her... I'm sure she knew exactly what we were doing, but let us go anyway.

Activities: OCC always encouraged their student body to be involved in the campus, church, community and world around them, and mostly Mont and I did everything together. Prison ministry to the only male, all 7 levels of incarceration medical prison in MO was certainly an interesting experience, but what I really loved was being involved with the worship band for chapel and performing in the Living Christmas Tree.   That was the last year the last year a live infant was used for awhile after it threw up during a live performance. Mont. and I volunteered at CIY (Christ in Youth) doing odd jobs, registrations, mailings, errands, cleaning, and helping at local conventions.  They called us the Silly Sisters and promised a date with Tom Selleck when the year was over, but all we got were paper cuts and wonderful memories.


Jobs:  Montica and I applied for on campus jobs to help pay tuition and soon found ourselves serving up malts, burgers, patty melts, and more at the campus grill.  We loved working with each other and many times found ourselves doing closing and clean ups.  Did you know that cockroaches can survive walking across a hot grill?  TMI I know... Sometimes we would get in food fights with the team downstairs - they would stop the elevator mid-way between floors, gather their ammo of week old Jello.  Sometimes we won, but most of the time time they did, but someone had to use that horrid jello!  I also supplemented spending money by typing papers for a few people.  I loved typing, but that was back in the day before computers, and the only typewriter available was a late '70's IBM electric model with correction tape.  I really learned to hone my skills and accuracy because I hated typing a WHOLE page over if I made a mistake. I also learn quickly which writer really cared about what he wrote and how much he put himself into his work.  I usually would go out of my way to make sure I did my best, but there was one student who just wrote down anything - it didn't always make sense.  I usually typed it exactly as he wrote it.

Second semester we would give Nonato Silvia - student from Brazil, a ride back to Tyro, where his sponsor family was.  There were always interesting conversations filled with stories of Brazil, that made us more curious about life there - most of the time they were humorous, sometimes they were about different customs and life in the US.  Once he asked us to stop at a cemetery because he had not been to one and they looked different than the ones in Brazil.

Even though I went to college in the late 80's, we still had to use typewriters! I had a Smith Corona, and have a picture of me using it on my post! When I was a senior, I did start using the computer lab for papers, though.

I added your link to Mommy's Piggy Tales for you. I didn't want others to miss out on your post even if you're late! (I've had weeks like that...)

Wow, you had some awesome college experiences! I loved reading about it.

Again, I am amazed at your recall of such details. I attended a Christian college as well (Biola) and your descriptions of the different ministry opportunities made me remember some of mine.

I must be much older than you, as my typewriter was not electric. We used paper that erased easily.

One difference between you and me is that I am not an animal girl.