Living with a WHAT?

There has been so much going on at our house that I completely missed it.
I was caught completely unaware until someone pointed it out to me.
Actually, we were at a meeting when it was ANNOUNCED in PUBLIC!
What could have possibly distracted me from knowing such important news?
Oldest and "J" went to their first ever prom,
which turned out to be a first ever date for either of them.
I thought they looked so sweet! 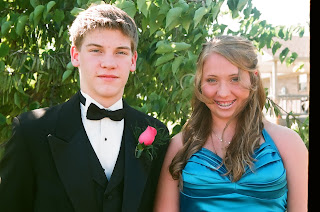 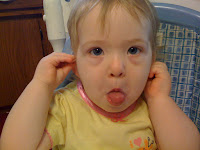 We've got a potty chair in the house once again,
*sigh - I'd forgotten about potty training*
Honey wants to know how we're supposed to use our toilet with a cute little potty seat on it...
But that's not the news... 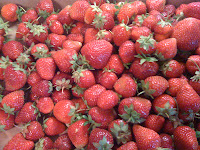 I made 9 jars of strawberry Jam
I've never done this before
My family agrees that it is a VERY GOOD THING
But that's not the news... 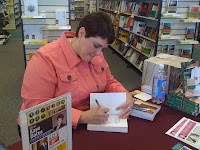 Only and I traveled to Little Rock for a Girls Day Out
to meet Christian author Kaye Dacus
We even got to eat lunch with her!
What a fabulous time we had visiting and asking questions
But that's not the news... 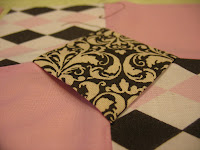 I've been creating, sewing, ripping out, and re-sewing
on a special quilt for a special little baby born with Downs
But that's not the news... 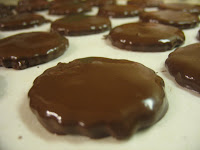 I thought for some reason that I needed to try to make Thin Mint cookies,

just to see if I could.  I can, and they were good,
but it is way too much work. A little too much chocolate in the dough.
Support the Girl Scouts and save yourself some time.
But that's not the news... 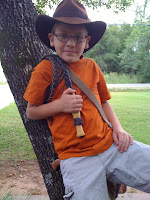 Youngest went on an 18 mile hike last month (in 2 days)
and just returned from a 3-day canoe/camping trip
But that's not the news... 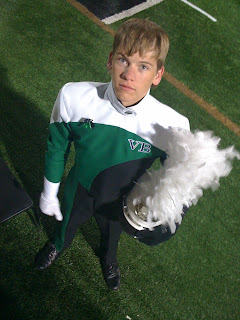 At the Band Banquet last night, it was a great night of reflection and revisiting some great accomplishment.
Awards were given to many students
Oldest was given two!
Outstanding Musical Achievement
(he's played the trumpet since he was in 3rd grade)
But that's not the news...
Oldest was voted by his peers as....
VBHS 2010 Band Male Hottie!!!
GASP!
How could I have NOT known this?
That's the news!
I thought I was going to fall on the floor laughing...
I should have known.
I'm living with a teenage Hottie!!!


Too bad on the thin mints - I love those :)
Good luck on the potty training!

Us too Lana! I walked into the kitchen this morning and he just grinned! I think he was tickled that I blogged about him being a "hottie". How are we going to live with this??? LOL! I actually think it's pretty funny, but this award isn't going to get him a good scholarship to college!

The thin mints actually tasted pretty good, and I have added the link to where I got the recipe. They are VERY time consuming and it seemed easier to just go out and buy some from the GS or buy the Keebler counter-part.

New here, just thought I would say hi, and congratulations on ALL your accomplishments, not just raising the band hottie of the year!