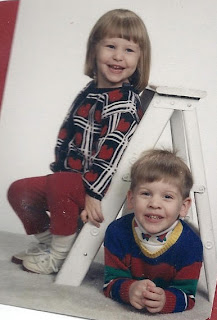 I stood in the living room, waving a Santoku knife that I was using to cut up carrots, talking to my kids and suddenly noticed that Oldest was not sitting in his usual spot in the recliner.  Instead he had settled on the couch (that seems to swallow everyone) next to "J"... my brain did a little karate kick to my heart... They were all watching a show on TV and everyone had their phone or iTouch out... Oldest sat there with a sheepish grin "Uh, Mom, can you put the knife down?"

"Sure! Just as soon as you scoot over and put a little space right there," I shot back, pointing with the knife to the small space between them.  I know that "J" was there first, so the crime began with him...

The last few days have been an eye opener... and I'm not ready for that phase of life yet.  At least I don't think I am.  I think sometimes, that my mind tries to tell me that I'm just to young to have teenagers.  I mean I don't feel THAT old, but I've watched these children that God has given us go from helpless infants to car-driving teens!  I'm not sure when it happened, but I'm pretty sure it was when I blinked my eyes!  It reminds me of several songs I've heard on the radio:  Then They Do and You're Gonna Miss This by Trace Adkins.

When I had my first two, they were exactly 13 months apart in age.  I think I was so busy when my kids were little - in diapers, toddlers - just holding onto the moment, trying to make it to the next moment and even the next day. There is a saying about how pointless it is to shovel snow during a blizzard... it goes the same for picking up toys with you have little ones. 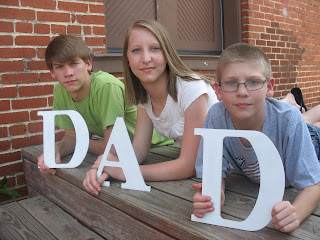 Somehow, in the blink of an eye, they grew up.  To me that is really sad because I wish I could have more of those younger years.  Granted they were not easy at all, but if I could go back in time, it would be to those years...

Now, I have a 17 yr. old who has a summer job, is getting ready for his Senior year,been driving for close to 2 years, has his eye on a sweet girl that we love ("J") , and is making choices that we prayed for years that he would... possibly youth ministry or animal science (I tend to think they are both in the same category).  I love when he comes into the kitchen and wraps those long arms around me in a hug, and it makes me catch my breath because, at one time, I used to wrap my arms around him and rock him on my lap. It used to be that I would find little toy soldiers, squirt guns, and toys in the tub and candy wrappers hidden under his pillow... Now, the toys have been replaced by manly smelling body wash and after-shave, and the candy wrappers - I believe they're still there. 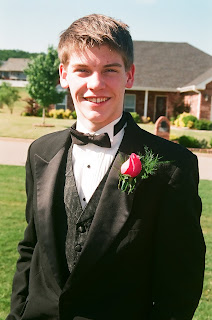 When he was little, I imagined him heavily involved in sports - he lived to play baseball and basketball, and is often out there late at night shooting hoops in the driveway. But when he saw how some of the boys that he grew up with, acted and the reputation they had, he (alone) made the decision to stop playing. It about broke our hearts, but were proud of him for the choices he made.  He now plays basketball twice a week with some guys and during church camp two weeks ago, he was given a $1000 scholarship to a Christian College in TX.  That just made my heart sing!!!  Okay, it's not the money, because we know this won't go far, but the fact that he's considering a Christian college.  YES!


The choices he made to stay faithful to God, has not come without struggles and questions... when four members in HS band (he has played trumpet since third grade) suffered the loss of a parent and one student took his own life.  There was a time we were very scared and were uncertain how Oldest was going to come through this, as three of them were very good friends of his, and he was actually in the room when "Allie's" dad passed away.  There were days I just wanted to scream because he was so withdrawn. We were desperate for help and we're so thankful for his best friend, discipleship group, and our youth minister for sticking in there, for all the prayers of friends and family.  He has such a passion and heart for others, that we want to see that grow, develop, and that he will be the Child that God is calling him to be.


I really regret telling my kids, in the heat of the moment, to "grow up" because they did and will.  I know that this is what we were meant to do, have kids, guide them, and pray... they grow up... and I'm okay... because I know that He is in his heart, and God has great plans for this child that God has given to us.  He has been a blessing and I'm so thankful to have been his mom and experience life with him...

Laughter in my heart, yet tears in my eyes.
Very well written.
Love your piggy tale stories also! I'm learning things even your cousin didn't know!

I don't know why, but something told me to check our your blog today. I have not looked at it in so long, but I felt like I just needed to today. It made me cry...not because "C" was sitting on the couch next to my "J" LOL, but because it got me thinking the same things you wrote about; our babies grow so quickly. My first baby is going to proms and asking to drive. Sometimes you wish you could just go back and rock that sweet baby again and go back to a time before cell phones and the iTouch and before they rolled their eyes at you. But there are moments when they need us, and that sweet baby is standing before you again. How wonderful when you can see what great people they are turning into though. God is good!

Children are such a gift. Thank you for reminding me.

PS...you should be so proud of the wonderful, young man "C" is turning into :-)!

Wow, this was an amazing and loving post from a proud momma. Nice work. Your kids are so lovely.

Just to encourage you in the next few years, my husband and I both love having adult children - that stage is also wonderful. We are done teaching and scolding and checking up on them. Now we just get to enjoy the lovely women they have become. We feel like it is Christmas morning when we all get to be together.

Glad you are enjoying these wonderful teen years. I know they can sometimes be hard, but it makes me sad when parents just check out. Glad for your intentionality ~ IT WILL PAY OFF.

** Your comment line is now clear, but the photos to link to other posts, is no longer showing. Hope that helps.

Thanks for your sweet note today.