Welcome back for the forth of 15 stories of my Piggy Tales growing up.  I'm glad you came back! I'm having a hard time keeping it short, so please forgive me. 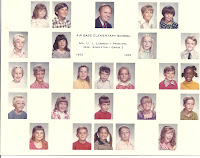 My second grade teacher was really kind and fun. I remember learning about Florida history, Seminole Indians, making huge books from construction paper about Animals in the ocean, and learning that eggplants were purple and didn't come from eggs (that I didn't like the taste of them). A little boy in my room, Jason Troutman, (last boy on the first row) - I thought his name was strange because he didn't look like a fish to me. I had a crush on the little boy on the last row in the red shirt.  Strange, the things we remember! Book Mobiles were a magical time  - I wanted to buy all the books, but couldn't. That was when I bought my first Black Stallion book and dreamed of owning a horse someday.

I remember that there was a big empty lot next to the school and sometimes at recess, we would see a car racing for the treeline that lead to the woods back there... police cars would follow.  That was the year that The Streak (1974) came out and believe me, we saw plenty of streakers!
That was also the year that I had to memorize a poem and recite it over the intercom one morning.  I was scared witless, but did it because every student in the school had to help do the morning program before the end of the year.  I did Robert Louis Stevenson's "The Swing" and still have the book that I learned to recite it from. 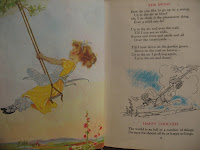 I was still in Judo - still hated it and the competitions we had to go to.  I remember receiving a purple medal once - I think it was because they felt sorry for me.  I never got past a white belt, my brother had a yellow belt and had a lot more fun than I did. Would the torture never end?


My mom sent me to a friends house so I could catch mumps and all the adults were eating oysters (I never got the mumps).  Her mom ALWAYS gave us BOTH sides of the Popsicle instead of just half. I remember once helping my mom mow and edge the yard - that is where my fear of ants started - fire ants. They had to throw me in the tub to wash the ants off me. Ironically, Youngest has a fear of ants as well - Sorry Son!

That year for Easter, I got a received a jointed Spiderman action figure in my Easter basket and Bryan got Batman. I really didn't like Spiderman nor know who he was, but now he lives in my attic and seems quite happy up there! My brother thought he would be funny later that day and hide a chameleon lizard in one of the HUGE Leggs Pantyhose eggs were were using... Scared me out of my wits, but we laugh about it now. 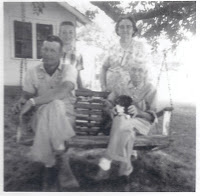 That Christmas we traveled back to KS to spend Christmas at my grandparent's home.  I was upset about going because there was this beautiful doll at the PX with sparking poofy pink gown and golden fixed hair.  When you wound the stand she was on, she would play "Do You Know the Way to San Jose" and slowly twirl around. I didn't think that Santa knew we were not home and that he would come because  I guess my mom knew that my grandpa was 87 and in fragile health, he died later that year.  I loved that time in KS with them.  It was that time that I really remember meeting my cousins - some of them came from a really "far away" place called Oklahoma.  I remember one cute little, spunky, curly-blond girl cousin, Lorraine, that was lots of fun to play with. That was the start of a friendship - not just because we were cousins, but because we became friends.  For some reason they put all the little cousins in the back bedroom where there were two beds: One was a hospital bed for Grandpa and the other was an old wood bed supported by slats and chicken wire.  It was the softest bed, but the hospital bed was tons of fun to play with.  We'd take turns sitting on it and cranking it up and down or jumping on the soft bed, on to hear the Grandma hollar at us - "You kids quit jumping on those beds!"  We also took turns sliding our feet on the old carpet and touching their aluminum Christmas tree for a shock.  The things that amused us!

Sometime that year Mom was in the hospital and our father didn't let us visit her or talk on the phone with her... I remember trying to call her but got caught and spanked. She seemed like she was gone for a long time (probably a week).  I also remember hiding his cigarettes under his pillow because I wanted him to stop smoking... He spanked me until I told him where I hid them.... That was the year that I started noticing that he didn't hang around the house much with us - he always seemed to sit out in this tiny little space off the carport - leaning back in his chair smoking...

Because we were "older" now, Mom allowed us to ride our banana seated bike to the base movie theater where we would watch B&W Godzilla movies. What Mom didn't know was I would balance myself on the handle bars as Bryan would peddle - I didn't once think of losing my toes in the spokes.  She always gave us money so we could buy some Good & Plenty and Mr. Goodbar candy - it was such a treat!  After school we were glued to the TV watching Flipper, and Tarzan. I was thrilled when Mom took us to the film set of Flipper and we got to meet her (yes Flipper was really a girl), but was disappointed that the inside of the house was not the REAL inside from the show.

I don't remember really listening to the radio much, but one song that I had a 45 of was Seasons in the Sun by Terry Jacks.  I used to play that OVER and OVER while playing on the carport.  I remember telling my mom that when I died, I wanted that song played at my funeral... Oh the things we remember!

That year for my birthday (probably a combo for my brother and I) we had a party at a park where we had pony rides and cake.  I think that was the year I got a Kenner Blythe Doll with color changing eyes - she's living up in the attic with Spiderman as well.


Some things that we loved doing while down there:
Disney World (they were building Epcot and Discovery  at the time), Sea World, Cypress Gardens, Serpetariam, Parrot Island (now Jungle Island), eating at Minuteman Restaurants (there was always a toy in our meals) and the Sweden House Smorgasbord where we would eat all we could on seafood nights of crab legs and shrimp!

I'm so thankful for Jana at Mommy's Piggy Tales, conceiving this idea and planting the seed for others to record their childhood for their children.  If for some reason you missed any of the previous weeks, you can find them here:

Wow your memory is great! I was in junior high at this time so I remember a lot of what you are saying.(the streak, banana seat, etc.) You trip to your grandparents...how sweet.
Great post...will be awesome for your children,
Janette
thanks for the sweet comment on my blog yesterday

How wonderful that you had such a special bond with your cousin...I have a cousin like that, but she lives in Australia :(.
I'm so impressed with how much you remember. As I've participated in this, I keep having flashbacks, but can't figure out what part of my life they were from...I definitely don't know what grade I was in when a lot of them happened, but this project is so much fun...not only remembering my childhood but reading fun stories like yours!

We sang "Do You Know the Way to San Jose" in our fourth grade class for a school show! Now I have that song running through my mind! :)

I loved Flipper. Cool you got to do that. I also mentioned book mobiles on my story; loved those! I think I can recite The Swing right now; funny. You're so lucky you got to ride your bike to the movies!

Ahhh! As I'm reading this I'm thinking "oh that's so sweet" but then I see the picture of us! Notice we are not smiling? Were we lined up because we were in trouble? Oh! You played that 45 even when you moved to Kansas! "We had joy, we had fun, we had seasons in the sun, but the time that we shared...." can't remember the rest! I remember one time you visited and the train went through and it scared you & Bryan to death. Also, you had never heard the sound of thunder. Oh my! You two were like little jumping beans because you were so frightened! You are doing a great job!

Wow, you remember so much! I can relate to having to recite something on the intercom, our school they had students throughout the year say the pledge each morning, it was something everyone wanted to do, so of course I did too, but that was in theory, when it came time I was petrified!! I somehow survived and got a flag pencil for my efforts though!
Thanks for sharing!

Great job this week! I love how much you remember. I think you're having as much fun with this as I am!!

I can not believe the amount of details that you remember. And your causing me to remember some. I also loved the book mobile.

I am sad that you were spanked for a childs natural desire to see their mom, when she is in the hospital.

Good and Plenty candy ~ my mom and I both love these.

Are you finding yourself processing a lot of feelings as you remember? As my friend, Anne would say, "What is God stirring up?"

You are so lucky to have had a Kenner Blythe as a child, they are so hard to get hold of nowadays. You should post about her and show us how she looks now!

You are so lucky to have had a Kenner Blythe as a child, they are so hard to get hold of nowadays. You should post about her and show us how she looks now!

"How would like to go up in a swing? Up in the air so blue?" I've been trying to memorize that poem on & off since I was that age (oh, how I loved to swing!) Maybe now I'll set that as a weekend project. I really should have memorized more poems. (Still playing blog catch-up; thanks for sharing!)